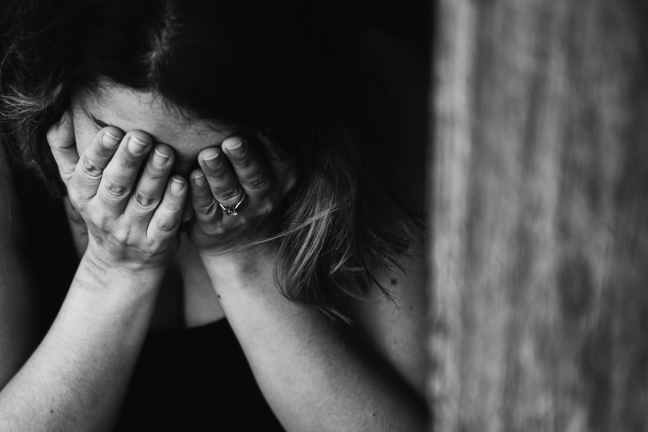 This is the final post in a series on death and dying, and looks at the question, “How should a Christian view death?”

Why Do People have to Die?

Because of the curse that happened after humanity’s fall into sin, even Christians must pass through death to receive everlasting life. This is because our bodies are actually dead right now because of sin, and a dead person cannot save him or herself(!). But for our sake, Jesus passed through death into life when He was raised from the dead.

So Is Death Just a Natural Part of Life?

Absolutely not! Although some say that death is natural, a part of the circle of life, or even a friend…

And then he greeted Death as an old friend, and went with him gladly, and, as equals, they departed this life.

Death is no friend to us – it is the enemy! It is a horrible reality of this sinful, fallen world in which we live. Death is part of the curse of sin. Death means separation from our loved ones. But remember that Jesus, our Good Shepherd, is our companion through the dark valley of Death – and we walk through the valley! Death is the enemy – but death is a defeated enemy!

So, Should We Celebrate When a Christian Dies?

Well, a funeral service includes a component of celebration, because of Christ’s victory and their entrance into the glory of God – but we do not celebrate only, or even primarily, because it denies the truths that death is the enemy, and that we have been separated from those whom we love. And we certainly do not attempt to shame or guilt someone who is mourning in order to pressure them into celebrating!

It Is Good and Right to Mourn

We absolutely mourn and grieve our loss, even as we give thanks that the person who died has now entered the gates of eternal life in Jesus Christ. A parent cries at a child’s wedding, even as they are happy for their child, because they grieve the loss of what once was. So death is a victory for the believer who dies, but a very real loss for the ones left behind.

That is biblical. Paul instructs us not to mourn as others who have no hope, but this only means that we are not without hope in our mourning, because we know we will one day be reunited with our lost loved one. We do still mourn, however.

Incredibly powerful is the sight of Jesus weeping at the tomb of His good friend Lazarus. And if the Son of God, who died and rose again to conquer death, can cry over death, then I am certain that we may, as well. We are not meant to be separated from each other, so it is good and right to grieve the loss of a loved one.

You Are Not Alone In Your Grief

Grief is a journey, and we do not have to take that journey alone. Family and friends are God’s gifts to help us bear the pain of loss, which often seems unbearable. More than that, the Lord says, “Fear not, for I am with you,” again and again in Scripture.

But whether you weep, give thanks, rejoice or even throw things in frustration, go to God in prayer – He can handle it, and He does comfort us in our grief. And whatever you do, do not stop going to church. The gifts of God’s Word and Sacraments received among the family of Christ are the best healing helps available.

Death is Not the End for Those Who Believe in Jesus

Thank God – not only for the cross, but for the empty tomb. We are knee-deep in the events of holy week right now and mindful of the sadness of Jesus’ death, but never forget: He is risen!

One thought on “Should a Christian Mourn?”