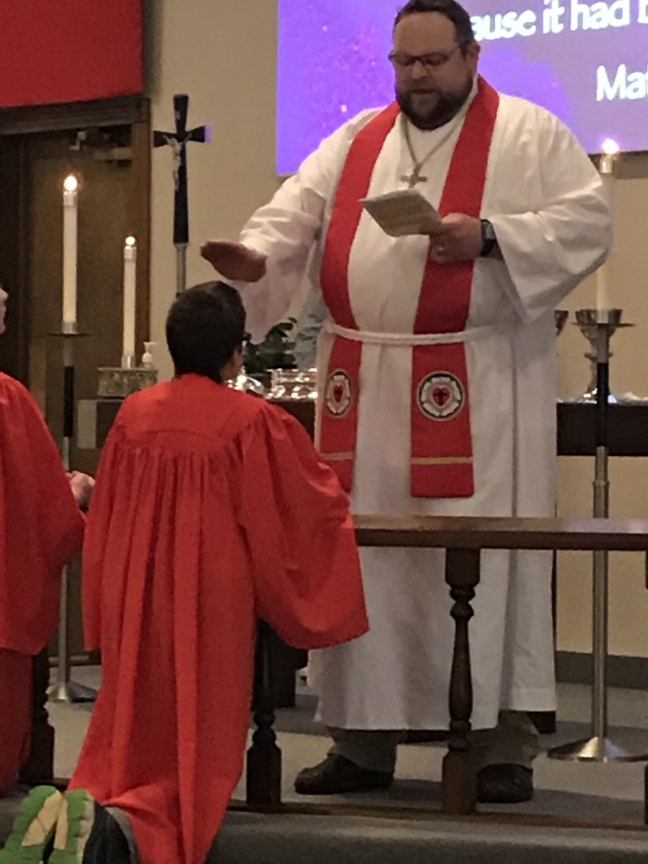 If you haven’t already read this, it might help to start there and then come back.

Liturgy might be an intimidatingly churchy word, but it just refers to the order of the service. It is from the Greek word leitourgia, which comes from the words leitos (public) and ergos (working). So the liturgy is literally “the work of the people,” specifically with regard to the actions of worship.

Today, people associate the liturgy with traditional churches, hymnals and lots of sitting/standing/kneeling, but in reality every worship service has a liturgy (order). It’s just that, generally speaking, people refer to the liturgy as the one followed in churches where there are many parts and pieces of worship, rather than just 3o minutes of singing followed by 30 minutes of preaching. The traditional liturgy is much more complex, and does require some degree of familiarity in order to know where we are in the service at any given moment.

So why would anyone choose a more complicated order to worship? Wouldn’t we want to make things as simple as possible for people?

Well, sometimes simpler is better, but in some cases, when we over-simplify things, we lose the beauty and purpose of why we do what we do. I can skip the game and see the final score, but then I miss the emotions and experience of watching it played out on the field. Unfortunately, it is far easier to complain that nobody appreciates something than it is to help them appreciate it. But the liturgy is not supposed to be a secret language known only to insiders! What we should be doing is inviting people in to be a part of an incredibly beautiful tradition of worship that dates back to the time of the Apostles, while also making use of modern language, elements and technology in order to communicate God’s timeless Truth most effectively within a given context.

So what are some of the parts of the liturgy, and what do they mean?

Incidentally, the congregation I served in my first call celebrated worship with a strictly “modern” style, yet most of the elements I listed were present – I called it “stealth” liturgy because it wasn’t as obvious as it would be when following out of a hymnal.  So if you attend a “non-traditional” service, see if you can spot these elements ‘hiding’ within the service! And thank you, as always, for reading.

A special thank you to my friend and colleague, the Rev. Dr. Richard Zeile, pastor of St. Johns’ Lutheran Church in Taylor, MI, for his research and writings on the liturgy, much of which is used here with his permission.

One thought on “A Walk Through The Liturgy”