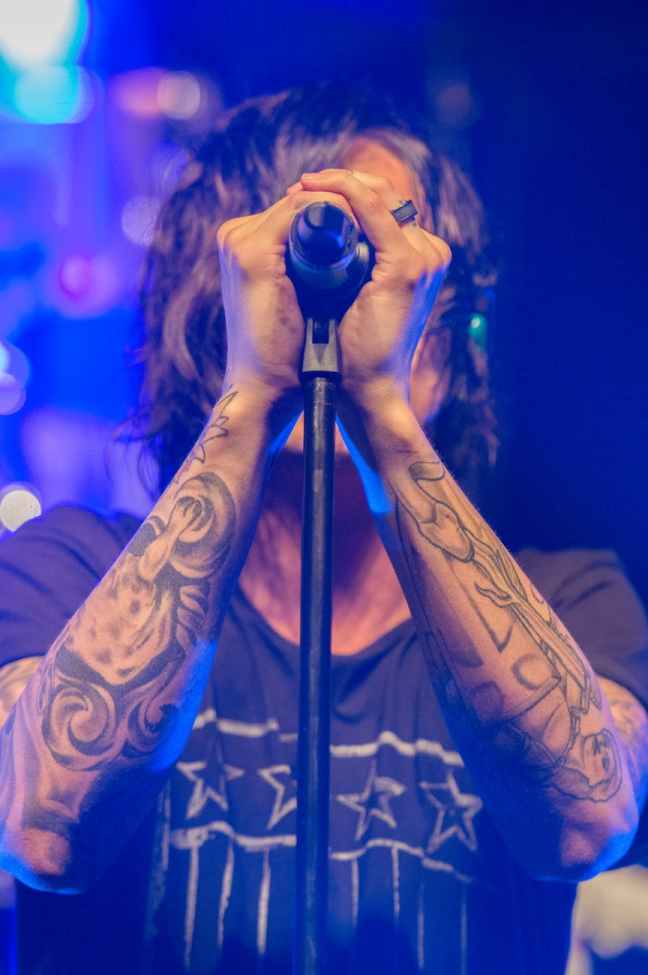 I have tattoos. Two of them, actually.

Ink is not for everyone, though it has certainly become far more mainstream to get tattoos, and lots of them, for that matter.

Some people have very strong opinions on tattooing – whether or not it’s attractive, whether it makes a difference if you’re male or female, what parts of the body are and are not appropriate, whether or not Christians should get tattoos, the list goes on.

I am not one of those people. I love my ink. Both are extremely special to me.

What I would say is this: put a lot of thought into what you’re going to get, and be willing to consider whether you will still like the same things when you are 40 or 50 that you like when you’re 15 or 20 (hint: not very likely). I came very close to getting my fraternity letters tattooed on my upper arm when I was 21-22. And although I will always be thankful for my fraternity brothers and my time in Delta Upsilon (a truly non-secret, non-hazing, International fraternity, by the way), I am far more thankful that I do not have blue and gold Greek letters inked on my body today as a father in my 40’s.

And spare me the “You can always get it removed or covered up” line, teenagers. It’s expensive, painful, and likely not as effective as you think/hope.

I got my first tattoo when I was 36. My wife bought it for me as a birthday gift, and she even was the deciding factor on what I should get. See, I had struggled with that decision since I was 21-22 (the main reason I waited so long). I wanted a tattoo, I just couldn’t decide of what. It was Heidi who suggested the “Olde English D,” the logo used by the Detroit Tigers. I am from suburban, metro Detroit, and have always been proud to be from here. I have been a die-hard fan of the Detroit sports teams since my youth, but the Tigers came first. The design is classic and simple, yet also classy. In my mind, it symbolizes where I came from, who I am and what I’m passionate about. It secretly stands for “Dad” to me. So it means the world to me, and I love it. It’s on my left upper arm. 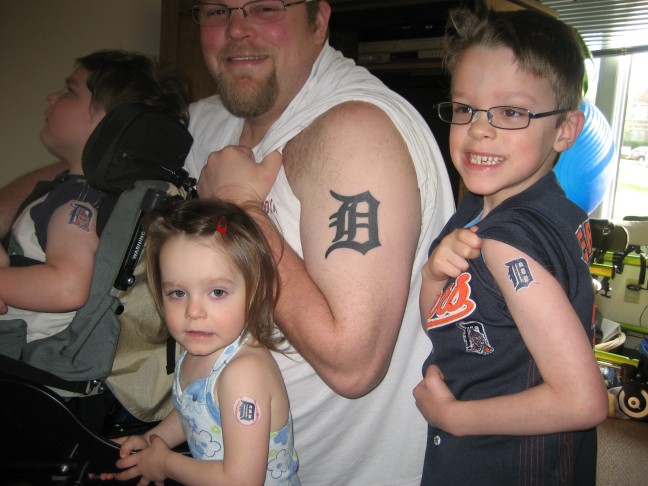 I got my second when I was 38. Yes, they are addictive. Almost as soon as the ink was dry from the first I began planning the second. But that’s not why I got it. On September 11, 2013, my son, Daniel, died. He was six years old, special needs, and my “Mini-Me.” My relationship with him was unlike any other I have ever had. I knew almost immediately I needed a permanent, visible reminder of his place in my life. He was my football buddy. He loved the Detroit Lions, especially watching them with me. When I would scream and yell at the TV, he would laugh and shout along with me. Heidi got a necklace pendant with his thumb print on it, I got the Detroit Lions logo and his name in script, Daniel Grady, inked on my right upper arm.

So those are my tattoos. I’ve been asked if it was “OK” for a Pastor to have tattoos (yes), but no one has outright told me I should not (though I have been told it makes me “extra cool” because I am a Pastor with ink…). Ironically, I got my first tattoo about six weeks before I was placed at my church, about three months before I became a Pastor – so yes, I was well aware of what I was doing.

I don’t know if this was interesting to you or not, but I’d love to know the stories behind your ink, whether existing or “almost.” Please share in the comments below.

One thought on “Ink”